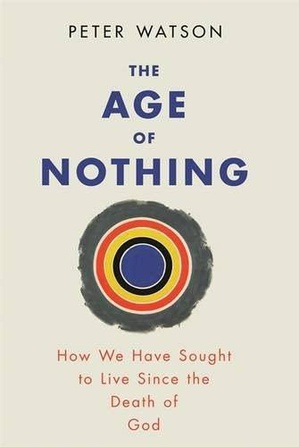 The Age of Nothing

How we have sought to live since the death of God

The closing months of 2008 saw the world's nations united in financial uncertainty. Amid endless reports of collapsing stock markets, failed banks, fiscal fraud and snowballing unemployment, THE AGE OF NOTHING offers a compelling insight into the demise of capitalism and the beginning of a new era. Peter Watson's scintillating thesis argues that the unprecedented credit crunch of 2008 was the result of a fundamental change in the fabric of society - one that became truly visible only as it reached its culmination. In a commanding narrative, Watson provides a historical perspective on the shift in our attitudes towards capitalism, while exploring the philosophical roots that underpin it. Of central importance in Watson's theory is Nietzsche's warning regarding mankind's responsibility for 'the death of God' - and the consequences thereof. Nietzsche's views on the frailty of human values in a world bereft of religious faith were echoed by writers including Tolstoy, Marx and Kandinsky - and his chilling message went on to resonate with thinkers throughout the 20th century. When Max Weber called the modern world 'disenchanted', and argued that society must choose to create a new value system based on knowledge or else surrender and embrace a religious faith, he was the latest in a long line of intellectuals attempting to address the problem Nietzsche had laid bare. With the arrival of THE AGE OF NOTHING, the line continues. The work fills a crucial gap in our intellectual history and serves as a comprehensive study of society's current predicament - as well as a timely answer to the question of what to do next.
×

One or more prices have changed